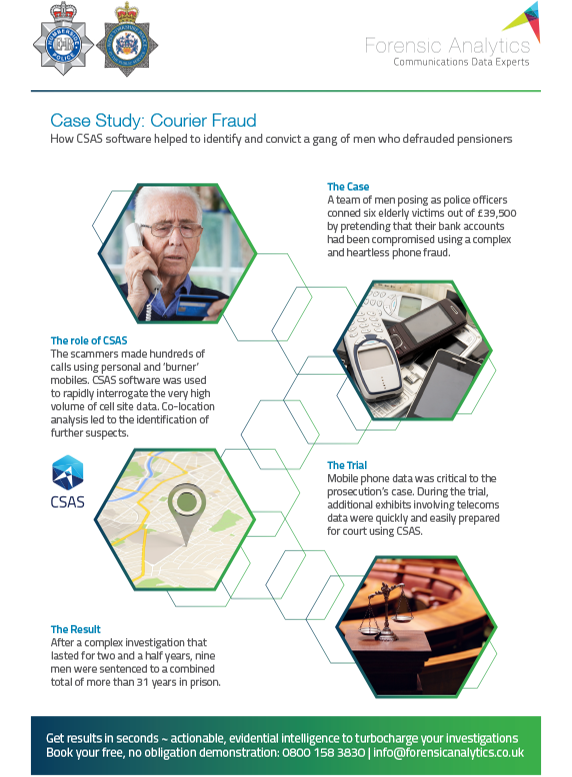 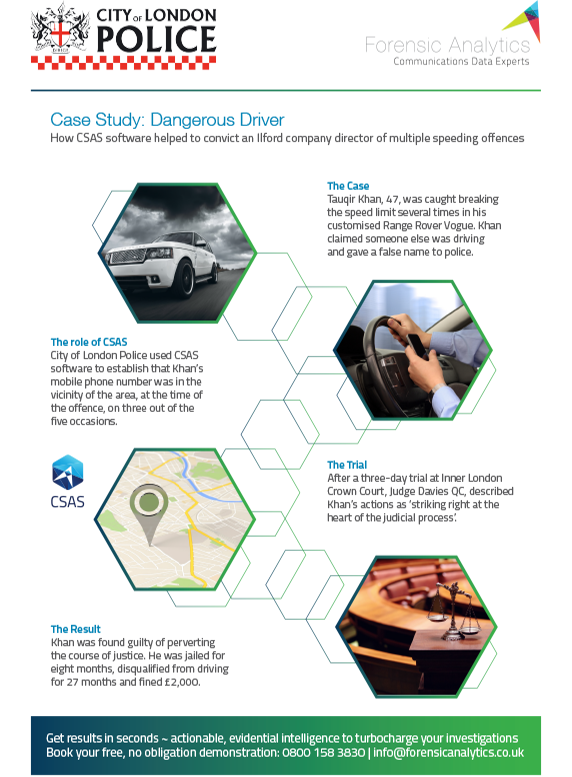 How CSAS helped to convict a gang of seven men who carried out violent break-ins. 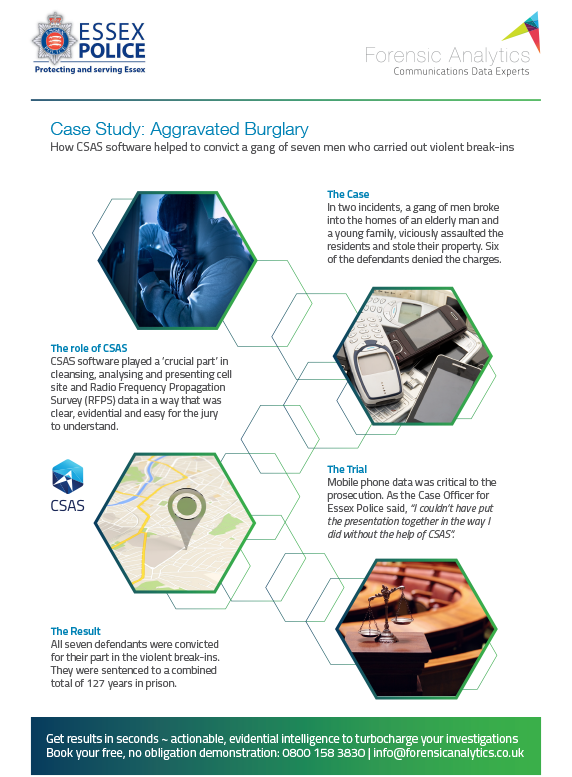 How CSAS helped to bring the murderers of 17-year-old Lyrico Steede to justice. 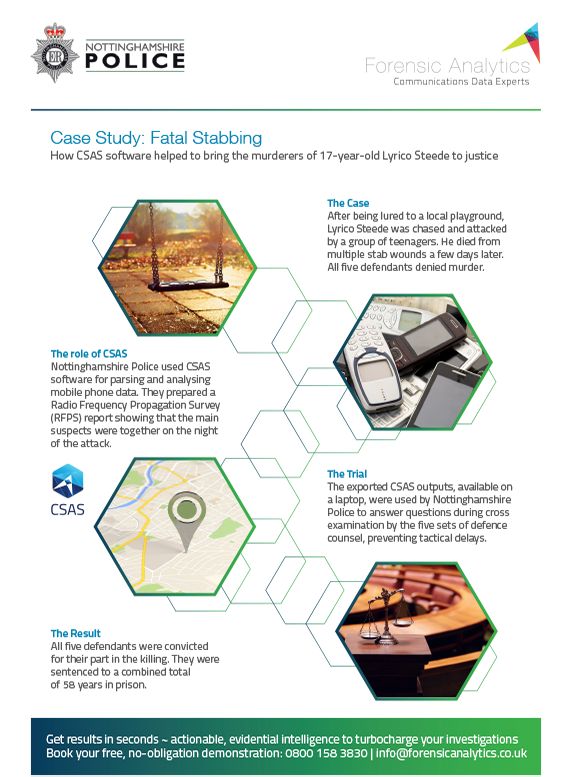 The case: the supply of illegal drugs

Following a number of drug-related deaths between 2014 and 2017, the local police force set up an operation to tackle the scourge of Class A drugs and to prevent further tragedies. In March 2018, this operation resulted in 28 defendants being sentenced to over 193 years in prison between them.

The case involved a series of widespread and far-reaching conspiracies, worth millions of pounds, to supply class A drugs (cocaine, heroin, MDMA) and Class B drugs (cannabis and ketamine) throughout the region.

This prolonged operation was one of the most complex, serious and organised investigations undertaken within the force area due to the number of Organised Crime Groups (OCGs) involved throughout the wider region. It was demanding, and the team were deployed away from their families for long periods.

It is estimated that 14kg of heroin and 12kg of cocaine had been couriered in trips to the area, with 410 MDMA tablets, 2.2kg of ketamine and 2kg of cannabis also recovered.

CSAS played a vital role in the processing and presentation of communications data during this investigation. Significantly, the police force concerned has seen a decline in the number of heroin-related deaths since the group’s operation was concluded.

In compiling the evidential material for the prosecution case, the Investigation Team analysed 1.9 million rows of call and cell site data, 2585 ANPR exhibits and 111 phone/SIM/handset downloads.

As a result of the telecoms data, 14,000 telephone numbers were researched, resulting in the evidential attribution of 95 numbers to the defendants. The evidential case was approximately 7,800 pages with an additional 78,678 pages of raw telecommunication data served.

The role of CSAS Desktop

CSAS played a vital role in the processing of over 985 itemised reports and 1.9 million call detail records. Through CSAS, the analyst was able to quickly cleanse and output data into a pre-defined evidential schedule (designed by CSAS from analyst specification) ready for courtroom use.

This schedule became the cornerstone for the Analyst Report and, specifically, call and cell site analysis within this report that evidenced the contact and co-location of defendants when travelling to and from the force area. The Target Pair Co-Location Analysis tool was especially valuable and assisted greatly in building evidence on when co-defendants had conspired and met to orchestrate the supply of class A drugs.

CSAS Target Pair calls, summary and co-location analysis tools were also used to negate a defence case statement for one of the main defendants who stated that their phone was being used by their partner. The tools assisted in providing evidential instances where both phones were being used at the same time but also connected to masts not within close proximity to each other.

The schedule was used to produce 38 key date evidential timelines that were easily exported from CSAS and imported into i2 Analyst Notebook for multi-dimensional presentation used in jury bundles. The Call Summary tool for Target Phone, Pairs and Groups was easy to navigate and produced call data statistics that were further evidenced in Call Data Contact and Association Charts also used in court bundles.

Along with the easy access mapping via Target Pair Co-Location, the Cell Site Data Mapping was also of great assistance. The option to quickly select data (date/time, phone selection, call type and cell options) was used to produce several evidential exhibits that co-located couriers travelling to supply the OCG.

Find out how CSAS can support your investigations and save you time and money.

Book your free, no-obligation consultation today
Download an A4 pdf version of this case study